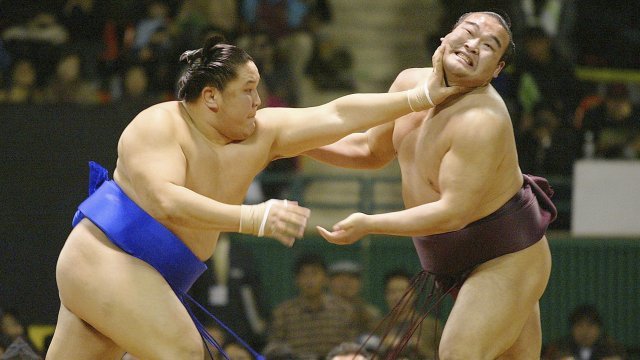 Female first responders were recently kicked out of a ring while they were trying to help someone who had collapsed.

The Japan Sumo Association says it's open to hearing opinions regarding a controversial ban on women in the ring.

The association is facing some pretty strong backlash for kicking female first responders out of the ring while they were trying to revive an official who had collapsed. Sumo is closely linked to ancient Shinto rites; women aren't allowed in the ring, or dohyo, because they're traditionally considered "ritually unclean."

After the women were ordered to leave, salt was thrown in the ring as an act of purification.

Just days later, a female mayor was banned from giving a speech in the ring. Instead she had to speak beside it and said: "Female mayors are also humans. I am frustrated that I cannot give this speech on the dohyo just because I am a woman."

The Sumo Association's board agreed Saturday to let women enter the ring in emergency situations but has not overturned the ban outside of those circumstances.