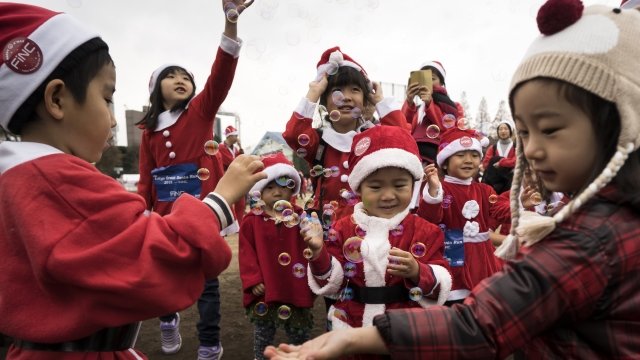 Japan's birthrate in 2018 dropped to its lowest level in more than 100 years.

According to statistics from Japan's Ministry of Health, Labor and Welfare, an estimated 921,000 babies will be born by the end of 2018. That is 25,000 fewer than the year before, and the third year in a row that the number of births was below 1 million.

The island nation also experienced its largest population decline, with nearly half a million more deaths than births in 2018. If the current trend continues, it is estimated Japan's population of approximately 127 million people could drop below 100 million by 2049, according to the National Institute of Population and Social Security Research.

To help stem its recent population decline, Japan's government last year announced an $18 billion spending package to expand free preschool for low-income families. The government also passed a measure in early December to allow more foreigners to live and work in Japan for longer periods of time, which should go into effect in April 2019.