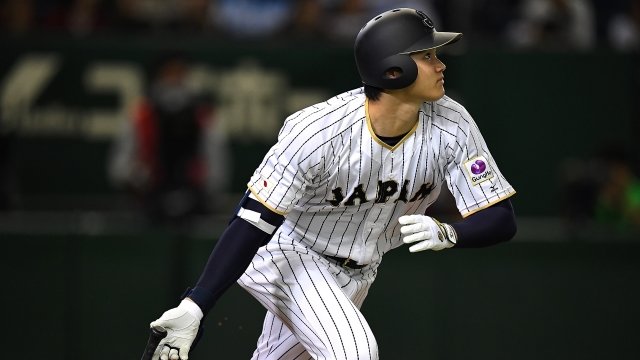 SMS
How 'Japan's Babe Ruth' May Revolutionize American Baseball
By Ryder Chasin
By Ryder Chasin
December 1, 2017
Japan's Shohei Ohtani is looking to play in the MLB next season, and his two-way skill is drawing comparisons to "The Bambino."
SHOW TRANSCRIPT

"Babe Ruth" is coming back to Major League Baseball — but it's probably not the one you're thinking of.

With his path now clear, Shohei Ohtani, the 23-year old phenom known as "Japan's Babe Ruth" is looking to play in the MLB in 2018.

Ohtani's agent has reportedly already reached out to all 30 MLB teams, asking each interested club to submit a presentation on why Ohtani should play there. Ohtani's expected to receive proposals from all 30 teams and collect a huge signing bonus.

Teams believe Ohtani has unique value because he can produce as both a pitcher and a hitter, which is pretty rare in the MLB. For context, in 2016, Ohtani won the MVP award in Japan's best league, racking up top-10 numbers in almost every major stat category.

Yeah, that's both pitching and hitting. This hasn't been done in Major League Baseball, at least in the past century.

Athletes like Ohtani who both pitch and hit are known as two-way players. The only person in the MLB to ever see this kind of success as a two-way player was none other than the Bambino himself, Babe Ruth, almost 100 years ago.

In fact, as pointed out by Sports on Earth, we've only seen nine seasons since 1900 in which a player has put up solid numbers while shouldering that kind of load.

That's at least 10 games pitched and 10 games in the lineup in a non-pitching role, with significant contributions at each.

Of those seasons, two were Ruth's, and none were within the past 50 years.

Ohtani clearly has talent as a pitcher and hitter. But questions still remain, including whether an MLB team will let him do both. 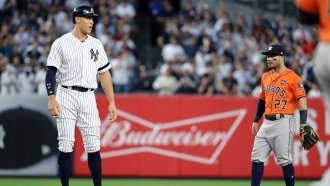 "This is an issue pitching coaches are talking about," said Sweeny Murti, Yankees beat reporter for SNY. "And I can see it being a novelty in the beginning, but in the end, you have to pick one or the other."

That being said, Ohtani has made it clear he wants to stay a two-way player, and some commentators think he could usher in a new era in the MLB. The Tampa Bay Rays used last year's top pick to draft Brendan McKay, a two-way player in the minor league. It's a role both club and player are interested in carrying through to the majors.

No matter how he's used, whichever team gets Ohtani will have to pay up. They'll owe his old team $20 million — and that's just the release fee. Ohtani's salary will be about half a million dollars, and depending on the team he picks, he could also pocket a signing bonus worth up to about $3.5 million.