Japan Pulls Out Of Korean Naval Event Over Flag Concerns 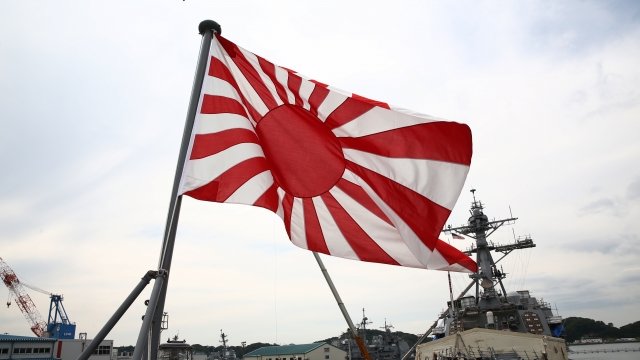 By Sebastián Martínez Valdivia
October 5, 2018
The conflict over the flag goes back to Japan's occupation of Korea before World War II.
SHOW TRANSCRIPT

Japan won't participate in an upcoming Korean naval review because of a conflict over the Rising Sun flag — the flag the Japanese empire used during Korean occupation.

Japan's navy is the one branch of the country's military that still uses the imperial version of the flag. Japan reportedly rejected the Korean military's request to not fly the flag during the event.

The Japanese empire occupied Korea for more than 30 years, until the end of World War II. During the occupation, Japan conscripted Korean men into its military, and forced Korean women and girls into sexual slavery.

Japan's prime minister Shinzo Abe has refused calls to apologize for those actions. At the same time, Seoul's increasing diplomatic ties with North Korea have reportedly been a source for concern in Tokyo.

The fleet review is scheduled to take place starting October 10, and the U.S. is among the countries invited.