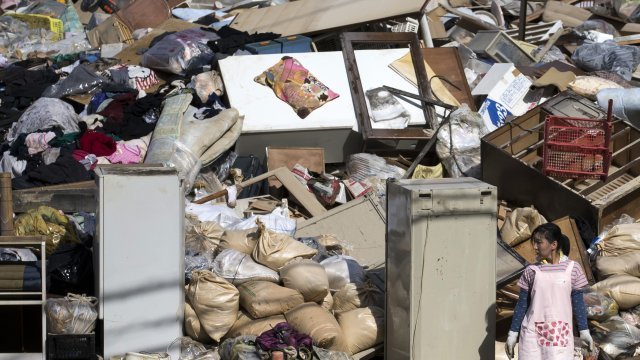 Now, the island nation is preparing for Typhoon Jongdari. In Hiroshima, workers have already created several sandbag barriers to protect people and property ahead of the storm.

The typhoon is expected to hit western Japan this weekend. The country's meteorological agency is warning residents there to be extra vigilant in case of additional landslides and flooding.