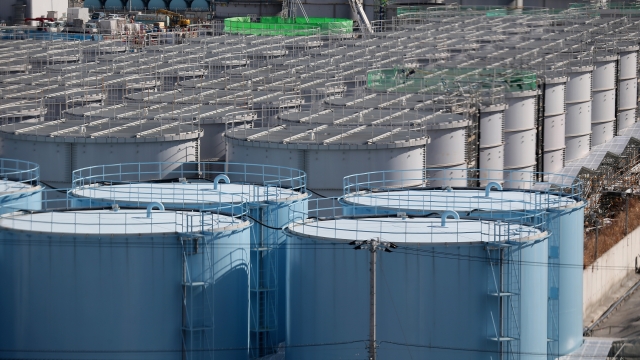 ​The country's economy and industry ministry proposed gradually dumping the contaminated water into the Pacific ocean and/or evaporating it.

Japan is considering releasing the radioactive water from the Fukushima nuclear plant into the environment.

On Monday, the country's economy and industry ministry proposed gradually dumping more than 1 million tons of contaminated water into the Pacific ocean, and/or allowing it to evaporate. The ministry said pouring the water into the sea was the best option, as it would "stably dilute and disperse" the water and could be properly monitored.

The ministry's comments come nearly nine years after an earthquake and tsunami hit northern Japan, causing meltdowns at three reactors at the Fukushima plant. The plant's operator has been collecting and storing the radioactive water since then, but said earlier this year it's running out of space. The company says it's been treating the water to remove most of the radioactive elements and should be safe enough to dump into the ocean. And experts at the International Atomic Energy Agency, who have inspected the Fukushima plant, also support the controlled release of the filtered water into the sea as the only realistic solution.

But some critics argue the option would ruin Fukushima's fishing and agriculture industries, which are still reeling from the effects of the nearly decade-old incident.

Nothing is set in stone yet for how the country will dispose of the water, but Prime Minister Abe Shinzo's cabinet will make the final decision.