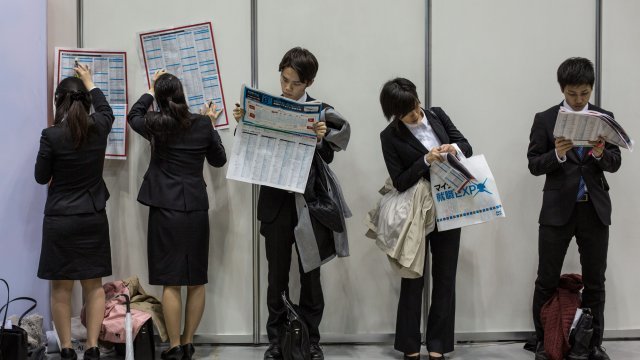 By Andrea Gonzales
December 8, 2018
In the next five years, Japan hopes to attract 345,000 foreign workers to soften the economic blow of a rapidly aging workforce.
SHOW TRANSCRIPT

Japan's government passed an unprecedented immigration bill Saturday. In the next five years, the country hopes to attract 345,000 foreign workers to soften the economic blow of a rapidly aging workforce.

Despite calls from opposition parties for more time to debate its specifics, including protections for foreign workers, the Associated Press reports Prime Minister Shinzo Abe's government passed the legislation only months after it was proposed.

The Washington Post reports that when the new law goes into effect in April, foreign workers will be able to change jobs once they're in Japan.