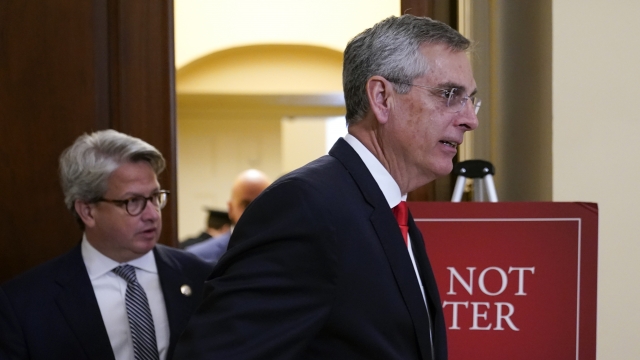 "My email, my phone was doxxed so I was getting texts all over the country. Eventually my wife started getting texts,"

Georgia’s Secretary of State Brad Raffensperger detailed only part of the intimidation he received, after refusing Donald Trump’s repeated demands to change the outcome of the election results in that key battleground state.

The January 6 committee showed in multiple states, President Trump and his campaign adopting a similar playbook, alleging widespread fraud without evidence – and pressuring state lawmakers and officials to back up those claims.

Rusty Bowers, Arizona’s House Speaker, told committee members about a particularly revealing moment after the 2020 election, when Trump’s personal lawyer Rudy Giuliani pushed him to back claims of widespread fraud, but admitted he had no evidence.

“He said, we’ve got lots of theories, we just don’t have the evidence.  And I don’t know if that was a gaffe, or maybe he didn’t think through what he said, but both myself and others in my group — three in my group and my counsel both remembered that specifically and afterwards, we kinda laughed about it,” Bowers said.

Bowers also said John Eastman, another conservative lawyer advising Trump, told him to submit fake presidential electors for Trump and let the courts sort it out.

But Bowers testified that he refused to falsify President Trump’s win in the Grand Canyon state, which went for President Biden by a narrow margin.

"You're asking me to do something against my oath, and I will not break my oath," Bowers said.

The committee also showed how election workers were targeted, as the President and his allies tried to further conspire theories alleging widespread fraud.

Trump falsely accused Shaye Moss and her mother of tampering with ballots as they counted them in Fulton County Georgia on election night.

With her mother seated behind her, Shaye Moss told the committee about the threats her family received — causing her to quit her job as an election worker.

“I haven’t been anywhere at all. I’ve gained about 60 pounds. I just don’t do nothing anymore. I don’t want to go anywhere. I second guess everything that I do. It’s affected my life in a major way," Moss said.