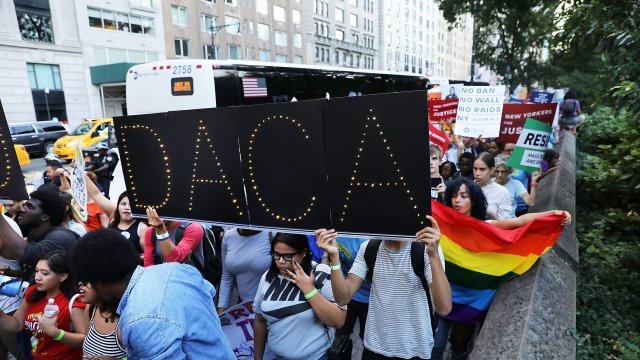 A government official who helped create the Deferred Action for Childhood Arrivals program, or DACA, is now suing her former office for ending it.

Janet Napolitano was the secretary of homeland security from 2009-13. Now, as president of the University of California school system, she's taking on the Trump administration.

The Department of Justice recently announced an end to DACA, an Obama-era program that allowed some undocumented immigrants stay in the U.S.

In an op-ed published by the Los Angeles Times, Napolitano says she filed the suit for her DACA students and the other estimated 790,000 DACA recipients around the country who will be affected by the program's end. 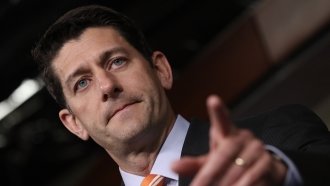 She argues rescinding the program impedes on the due process rights of DACA recipients.

If that argument sounds familiar, it's because it's not really new. New York Attorney General Eric Schneiderman recently filed a suit on behalf of 15 states and the District of Columbia saying pretty much the same thing.

Napolitano says DACA recipients "represent the very best of our country," and that ending the program will harm "innocent young people and, by extension, all of us."