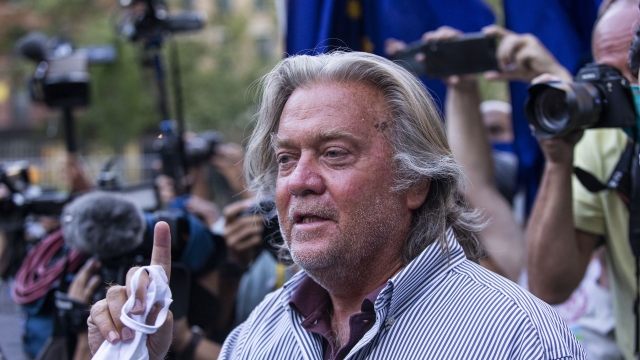 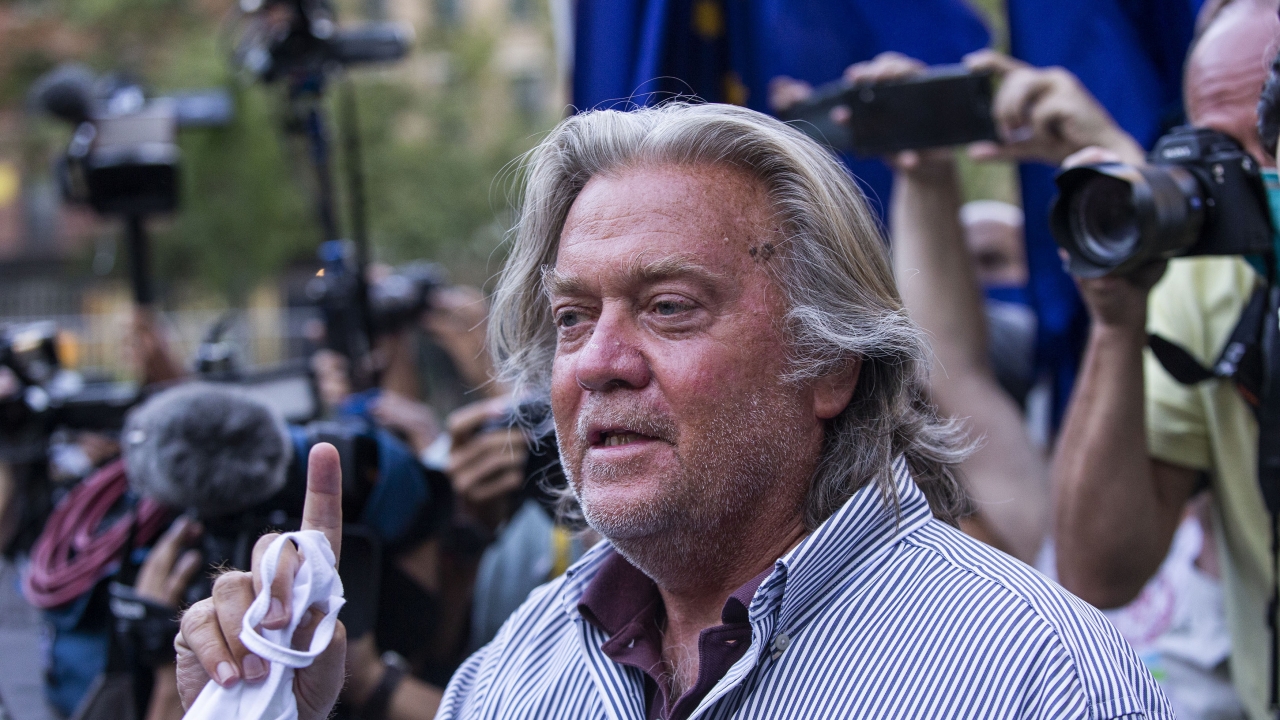 A congressional committee investigating the Jan. 6 Capitol insurrection has set a vote to recommend criminal contempt charges against former White House aide Steve Bannon after he defied the panel's subpoena on Thursday.

The chairman of the panel, Rep. Bennie Thompson, D-Miss., said the committee will vote next Tuesday to recommend the charges. That would send the recommendation to the full House for a vote.

If the House votes to pursue the contempt charges against Bannon, the Justice Department will ultimately decide whether to prosecute. The committee had demanded documents and testimony from Bannon, who was in touch with President Donald Trump ahead of the violent attack.

“The Select Committee will not tolerate defiance of our subpoenas, so we must move forward with proceedings to refer Mr. Bannon for criminal contempt,” Thompson said in a statement.

The committee had scheduled a Thursday deposition with Bannon, but his lawyer said that at Trump’s direction he wouldn't appear. Bannon also failed to provide documents to the panel by a deadline last week.

A deposition for a second witness that had been scheduled for Thursday, former Defense Department official Kashyap Patel, has been delayed, but Patel is still engaging with the committee, a committee aide said.

Two other men who worked for Trump — former White House chief of staff Mark Meadows and longtime Trump social media director Dan Scavino — were scheduled for depositions Friday, but they have both been pushed back as well, according to the aide. Meadows, like Patel, has been given a “short postponement” as he is in talks with the panel. Scavino's deposition has been rescheduled because there were delays in serving his subpoena.

Bannon’s testimony is just one facet of an escalating congressional inquiry, with 19 subpoenas issued so far and thousands of pages of documents flowing in. But his defiance is a crucial development for the committee, whose members are vowing to restore the binding force of congressional subpoenas after they were routinely flouted during Trump’s time in office.

“Mr. Bannon has declined to cooperate with the Select Committee and is instead hiding behind the former President’s insufficient, blanket and vague statements regarding privileges he has purported to invoke," Rep. Thompson said in his statement. “We reject his position entirely.”

Other witnesses are cooperating, including some who organized or staffed the Trump rally on the Ellipse behind the White House that preceded the violent riot. The committee subpoenaed 11 rally organizers and gave them a Wednesday deadline to turn over documents and records. They have also been asked to appear at scheduled depositions.

Among those responding was Lyndon Brentnall, whose firm was hired to provide Ellipse event security that day. “All the documents and communications requested by the subpoena were handed in,” he told The Associated Press.

Brentnall had previously said, “As far as we’re concerned, we ran security at a legally permitted event run in conjunction with the U.S. Secret Service and the Park Police.

It remains unclear whether the others who were subpoenaed intend to cooperate. A committee spokesperson declined to comment Wednesday on the responses it had received and how many of the 11 were complying.

Two additional rally organizers, Ali Alexander and Nathan Martin, as well as their “Stop the Steal” organization, were also subpoenaed for documents, which are due Oct. 21.

Many of the rioters who stormed the Capitol on Jan. 6 marched up the National Mall after attending at least part of Trump’s rally, where he repeated his meritless claims of election fraud and implored the crowd to “fight like hell.” Dozens of police officers were injured as the Trump supporters then broke through windows and doors and interrupted the certification of President Joe Biden's victory.

The rioters repeated Trump's false claims of widespread fraud as they marched through the Capitol, even though the results of the election were confirmed by state officials and upheld by the courts. Trump’s own attorney general, William Barr, had said the Justice Department found no evidence of widespread fraud that could have overturned the results.

Also Wednesday, the panel issued a subpoena to a former Justice Department lawyer who positioned himself as Trump's ally and aided the Republican president's efforts to challenge the results of the 2020 election.

The demands for documents and testimony from Jeffrey Clark reflect the committee's efforts to probe not only the insurrection but also the tumult that roiled the Justice Department in the weeks leading up to it as Trump and his allies leaned on government lawyers to advance his election claims.

Clark, an assistant attorney general in the Trump administration, has emerged as a pivotal character. A Senate committee report issued last week showed that he championed Trump's efforts to undo the election results and clashed as a result with Justice Department superiors who resisted the pressure, culminating in a dramatic White House meeting at which Trump ruminated about elevating Clark to attorney general.

The committee's demands of Trump aides and associates are potentially complicated by Trump's vow to fight their cooperation on grounds of executive privilege.

President Biden has formally rejected Trump’s claim of executive privilege surrounding a tranche of documents requested from the former president’s time in the White House, and has set up the documents' potential release to Congress in mid-November. White House Counsel Dana Remus wrote to the National Archives in a letter released Wednesday that President Biden believes that “an assertion of executive privilege is not in the best interests of the United States.”