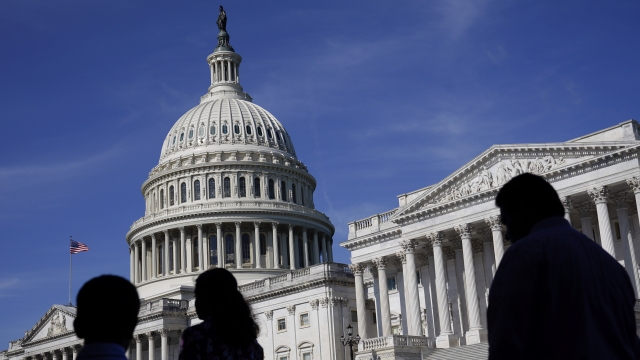 Since the last hearing, the panel has continued to bring in witnesses and people involved in the effort to keep President Trump in office.

The Jan. 6 Select Committee is scheduled to hold what's expected to be its last public hearing on Thursday.

And committee members are again promising to reveal new information.

"We've had just a huge amount of documents from the Secret Service that we're going through, and we found some new things that we will be able to present. But also to be able, I think, to tie together some loose ends," said Rep. Zoe Lofgren.

Since the last hearing in late July, the panel has continued to bring in witnesses and people involved in the effort to keep President Trump in office. That includes a voluntary interview with Ginni Thomas, the wife of Supreme Court Justice Clarence Thomas.

The committee laid out a case in the court of public opinion, and questions remain on the consequences the former President will potentially face.

Part of the committee's charge is to suggest legislation to prevent future attacks on the Capitol. Lofgren and Rep. Liz Cheney introduced a bill to reform the Electoral Count Act — the law that allowed members to object to certifying the election, which passed the House on Sept. 21.

"Our constitutional system has been defended and handed down to us by every generation since 1789. It comes to us with a duty of inheritance. It doesn't belong to us. It belongs to our children and our grandchildren. And we must not be the generation that allows it to unravel," said Cheney.

But the bill’s future in the Senate is bleak. A group of senators have been working on their own set of reforms, and that bill appears to have more bipartisan support.

The committee has a limited timeframe to wrap up their investigation and issue a final report — something that's expected in the next three months. The committee's two Republicans will leave Congress at the end of this year, and if the GOP retakes the majority in the House, they're expected to disband the committee.