Jamie Foxx Praised For His Heroism After Pulling Man From Wreck 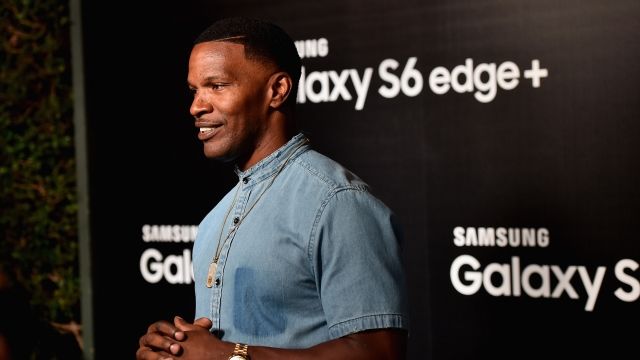 Actor and musician Jamie Foxx is being praised for his heroism for rescuing a man from a car wreck in Hidden Valley, California.

He pulled the suspected drunk driver from a wrecked car before it burst into flames.

"I climb in and I try to hit his seatbelt. ... We pull him out. Within five seconds later, the truck goes up," Foxx said. (Video via KABC)

“I felt the heat was getting strong and hot in the cab," Brett Kyle, driver of the wrecked vehicle, told KNBC from his hospital room. Kyle will reportedly face charges for driving under the influence, but he says he's thankful for the help he received.

"Just the fact that one human being willing to help another one means a lot to me," Kyle said.

And his father, Brad Kyle, is also thankful.

Foxx later posted this picture on his Instagram account. The caption reads: "Met the father of the young man from last night today. This is all that matters. That a man, a son, a brother's life was spared last night. God had his arms wrapped around all of us...No heroes...Just happy fathers."