James Cameron's "Alita" Doesn't Flop But Isn't Quite Successful Either 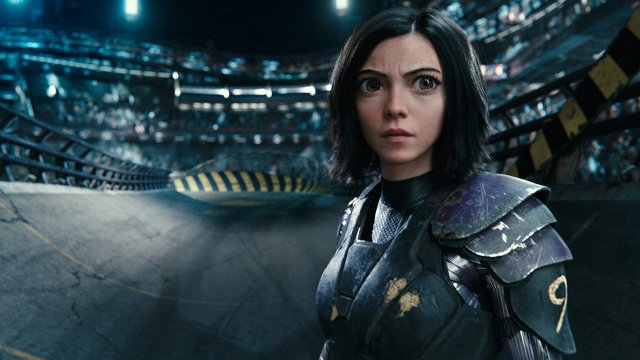 SMS
James Cameron's "Alita" Doesn't Flop But Isn't Quite Successful Either
By Jamal Andress
By Jamal Andress
February 17, 2019
While $40 million in five days is almost always acceptable — it's not quite enough to pay for this extremely expensive film.
SHOW TRANSCRIPT

Taking the No. 1 spot in its debut weekend is James Cameron's "Alita: Battle Angel" bringing in an estimated $27.8 million. Over the course of the long weekend analysts expect that number to jump to $40 million.

And while $40 million in five days is almost always acceptable — it's not quite enough to pay for the James Cameron experience. "Alita: Battle Angel" cost a massive $170 million to produce.

But then again, James Cameron is the one with two billion dollar films — not me.

As with many big budget action flicks, most of the heavy lifting for "Alita: Battle Angel" is going to take place at the foreign box office. As of right now, the sci-fi epic has made $94 million overseas since its debut in early February.

The last promising sign for this very expensive movie is the audience reception. Movie critics have been fairly split on the quality of the film — the tomatometer rests just below the 'certified fresh' threshold at 59%.

But for audiences across the country, the rating is much higher — which could (and that's a big could) help "Alita" outlast the box office competition in subsequent weekends.

Falling to No. 2 this week is "The LEGO Movie 2" bringing in an estimated $21 million in its sophomore weekend. That brings the domestic total for this family film to a little over $60 million.

That 2-weekend total is well behind, the box office haul for the original "LEGO movie" and even Will Arnett's "LEGO Batman" film.

Some analysts blame the lackluster box office run on an oversaturation of LEGO themed films since the original breakout hit.

And last but not least this week is Rebel Wilson's "Isn't it Romantic" bringing in an estimated $14 million in its opening weekend. As the only new rom-com in theaters this weekend, "Isn't it Romatic" recieved a huge boost from the Valentine's Day crowd and ultimately exceeded box office expectations.

Even though it couldn't quite keep up with Rebel Wilson's "How to be Single" from 2016 — "Isn't it Romantic" did land in that general box office range which is better than many analysts expected.

As for next week, GOT for kids!

A previous version of this story featured an error about the origin of "Alita: Battle Angel." That error has been corrected.