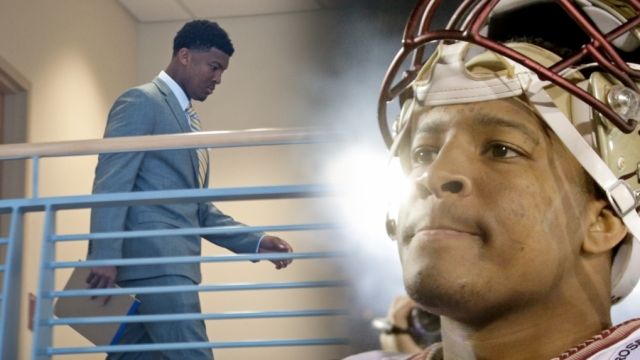 SMS
Jameis Winston And His Accuser Settle Sexual Assault Lawsuit
By Briana Koeneman
By Briana Koeneman
December 15, 2016
According to court records, the NFL quarterback and Erica Kinsman were able to reach a "compromise with contingencies."
SHOW TRANSCRIPT

NFL quarterback Jameis Winston has reached a settlement in a sexual assault lawsuit against him. The civil suit was filed by a woman who accused Winston of assaulting her while they both attended Florida State University.

According to court records, Winston and Erica Kinsman were able to reach a "compromise with contingencies."

Kinsman's attorney refused to discuss the specifics of the settlement, but he told ESPN the case had been resolved "to the satisfaction of the parties." The lawsuit was supposed to go to trial in Orlando, Florida, in April.

The settlement caps off a yearslong legal battle between Winston and Kinsman.

Kinsman originally filed the suit back in 2015, just before Winston was about to enter the NFL draft. She accused him of sexual battery, sexual assault, false imprisonment and emotional distress stemming from an incident in 2012.

Winston filed a countersuit soon after, claiming Kinsman's allegations were false and defamatory.

Earlier this year, Florida State settled a lawsuit with Kinsman for nearly $1 million. The settlement also included a five-year commitment from FSU to conduct training and sexual violence prevention programs.