Jacob Tremblay Is Too Cute For Words This Awards Season 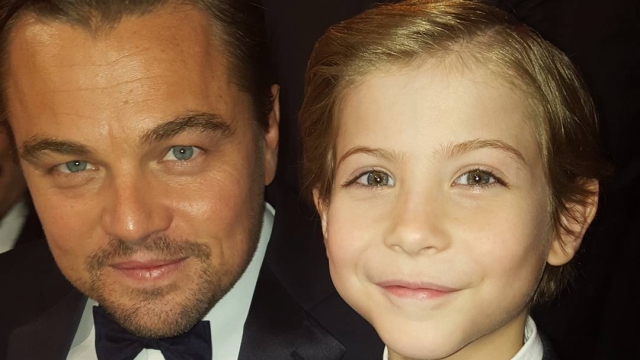 The 9-year-old actor has clearly had a blast on the red carpet this awards season.

"Room" star Jacob Tremblay is literally too cute for words. And he knows it.

The 9-year-old actor has quickly become the MVP of awards season, snagging adorable selfies with A-listers and dominating interviews with said cuteness.

Like when he and Oscar Isaac had a lightsaber battle at a Golden Globes after-party.

Or the time he celebrated his first Critics' Choice win with some sweet dance moves.

But that wasn't before he gave the most perfect acceptance speech of all time. "I know where to put this. Right on the shelf next to my Millennium Falcon," he said while standing on an apple box.

Tremblay isn't shy about asking his favorite movie stars for pictures, either.

He even used his kid powers to meet Leonardo DiCaprio. You know, totally normal situation.

He explained to Ellen DeGeneres just how that came to fruition: "I noticed a huge line of people trying to meet him and I was like, 'Oh, I'm a kid. I can skip it.'"

He's a charmer, that kid. Even though he wasn't nominated for an Oscar, we'll still see him at the awards as a presenter.