Ivanka Trump Was Booed On Her First Official International Trip 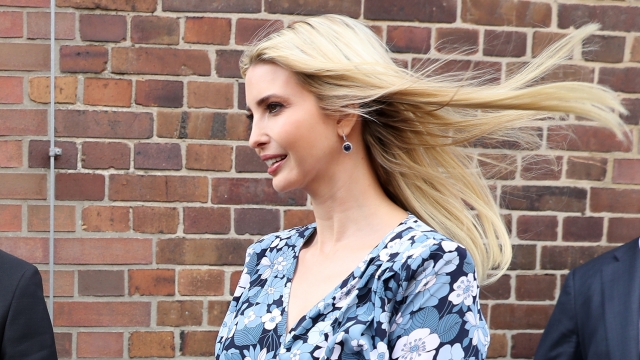 Ivanka Trump tried to defend her father's efforts to help women and families at a summit in Berlin. It didn't go well.

"He's been a tremendous champion of supporting families and enabling them to thrive," Ivanka Trump said before the crowd at the Women20 Summit started groaning and hissing.

"You hear the reaction from the audience," one of the panelists said.

Ivanka Trump was taking part in the Women20 Summit, a meeting of 20 major countries designed to help women's economic participation across the world.

It's not a surprise President Donald Trump would be an unpopular figure at a women's conference. Trump insulted the appearance of opponent Carly Fiorina and Ted Cruz's wife on the campaign trail, and was caught in a scandal after an old tape surfaced of him bragging about grabbing women's genitals without their consent. 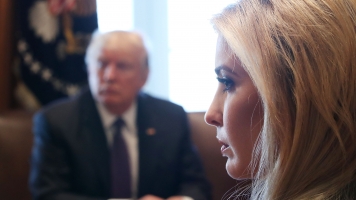 While in the private sector, Donald Trump said pregnancies were bad for employers.

"It is an inconvenience for a person that is running a business," Trump said in a 2004 interview.

Donald Trump has made some gestures toward gender equality since taking office: He set up a joint council with Canada to help women entrepreneurs and hosted a women's empowerment panel at the White House.

Ivanka Trump said some of her father's policies could help women, but some women entrepreneurs noted that the White House's isolationist policies could make it tough for some women to break into international markets.

Ivanka Trump also mentioned the need for better child care policies in the U.S. She helped create a child care policy for the Trump campaign, but it hasn't been acted on so far and likely wouldn't do much to help families in need.

The plan would provide tax deductions instead of money to spend, benefiting wealthy families who pay higher taxes. A report found 70 percent of the benefits of Trump's plan would go to families making at least $100,000 per year.