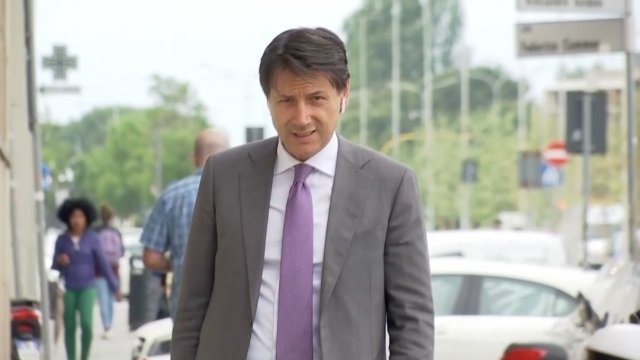 By James Packard
May 31, 2018
After months without a permanent government, Italy has a prime minister-designate and a Cabinet ready to be sworn in.
SHOW TRANSCRIPT

Italy's president just gave the green light to the country's prime minister-designate to create a new government. That likely means an end to Italy's monthslong political crisis and a new government deeply skeptical of the European Union.

To get you up to speed on this chapter in the saga that is Italian politics, we should go back to March, when voters went to the polls to choose new representation. The two parties that won the most seats in parliament were the far-right League party and the anti-establishment 5-Star Movement party. But neither of them gained enough seats to have control over the prime minister's seat and a new set of Cabinet members.

Since the two parties don't agree on much, they couldn't settle on who should run the government. The uncertainty lasted for months until the parties compromised on a pick for prime minister: a lawyer and political novice named Giuseppe Conte.

Conte got the stamp of approval from Italy's president last week. But when he proposed an EU skeptic for economy minister, the president vetoed the pick, citing concerns that the appointment could rattle markets and result in an Italian exit from the Euro. 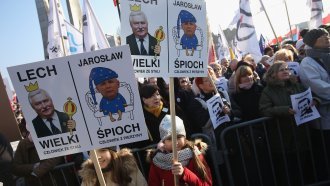 That upset party leaders, one of whom called for the president's impeachment. Conte backed out of his short-lived effort to build a new government.

But the choas was calmed a little Thursday when Conte met with the president again and presented new picks for the Cabinet. The president gave the go-ahead, and the new government is expected to be sworn in Friday.

The new government probably won't appease Brussels, where European Union leaders worry Italy could turn hostile toward EU agreements. Italy's two dominant parties might not agree on much, but they both want major changes in the EU. There's even been talk of an Italian exit from the bloc, but party leaders eased up on that push over the last few months. Both also want to lift sanctions on Russia and improve ties with the country.