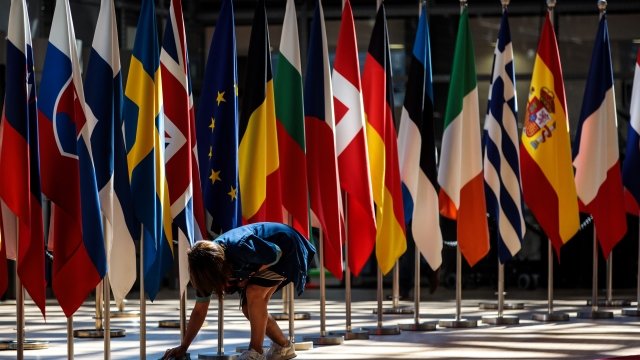 European Union members met Thursday to discuss immigration during a growing dispute on how to handle the issue.

German Chancellor Angela Merkel said the immigration debate could "make or break" the union. Her open-door policy to asylum seekers has led to backlash in Germany and is threatening her governing coalition and leadership.

Italy is on the other side of the debate. A recently elected populist government wants the EU to take more hardline measures to address the flow of immigrants to the continent, many of whom land in Italy and seek asylum there.

Italy has threatened to veto a joint resolution unless it reaches a compromise with other EU members on immigration. One idea European leaders are discussing includes setting up asylum centers in North Africa to help applicants before they travel to Europe. Another, is to redistribute migrants from southern European countries where they arrive to northern countries.