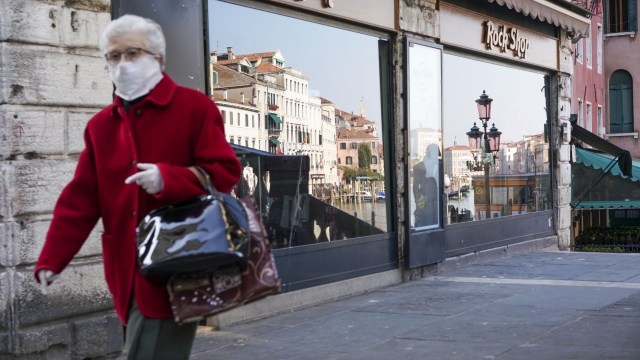 Italy reported its lowest daily death toll from the coronavirus in weeks as the country continues its fight against the virus.

The total amount of confirmed cases in Italy also appeared to be slowing, and the number of patients in intensive care also dropped.

But while the lower numbers appear to be a good sign, officials warned easing up on lockdown measures and restrictions too quickly could erase that progress.

Italy's health minister was quoted as saying authorities are working on creating "conditions to live with the virus" until a vaccine is released.

Italy's national lockdown is widely expected to be extended past its initial April 13 deadline. It's unclear exactly when those restrictions will be lifted at this point.