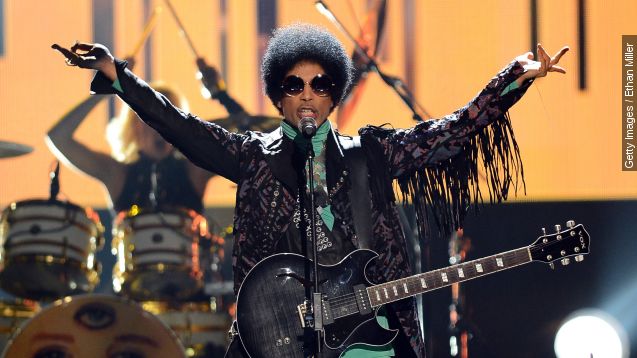 SMS
It's Really Hard To Listen To Prince Online
By Jamal Andress
By Jamal Andress
April 21, 2016
You're probably noticing that Prince wiped a lot of his classics from most music services.
SHOW TRANSCRIPT

In July last year, Prince pulled all of his music from from every online streaming service except Tidal, which boasts the pop star's entire discography, including his new album "Hit n Run."

Jay-Z's Tidal, billed as the pro-artist streaming service, pays an artists' rights holders 75 percent of the streaming revenue, whereas the industry standard is 70 percent. Guess that extra 5 percent was enough for the artist known as Prince.

So, yes, it's very hard to listen to Prince online, and that's exactly how he wanted it.