It's Electric: Chicago Auto Show Gives A Look At The Future Of EVs 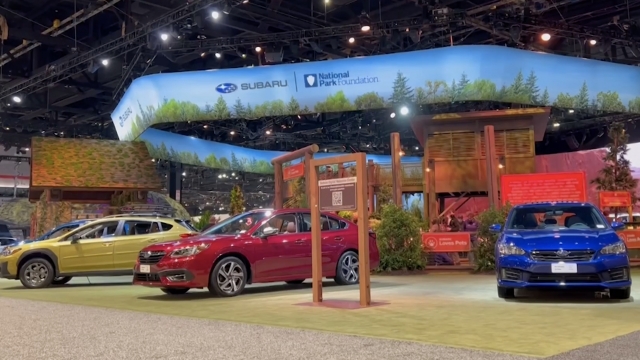 The Chicago Auto Show’s return to McCormick Place could be summed up with one word: electric.

Kia rolled two new products, the EV6 and EV9, the latter of which is a concept car — an all-electric SUV with an estimated range of 300 miles per charge. Subaru, in a display that was made to look like a national park, showed off its brand new Solterra, a new crossover electric SUV.

Toyota also released the Rhombus, whose look might make you do a double take. The battery-powered vehicle features a swivel seat that can turn around and look at a lounge-area for other passengers.

The newest features weren’t all EV related, though. Hyundai debuted a new line of vehicles that feature sensors that will automatically lock your vehicle if you’re inside it and someone approaches, and detectors that keep you from forgetting pets or children inside.

The auto show featured a number of non-electric vehicles as well. Most notably, Ford rolled out a whole new line of Broncos, and debuted the new Bronco Everglade with a snorkel for its engine, so it doesn't get waterlogged while off-roading.