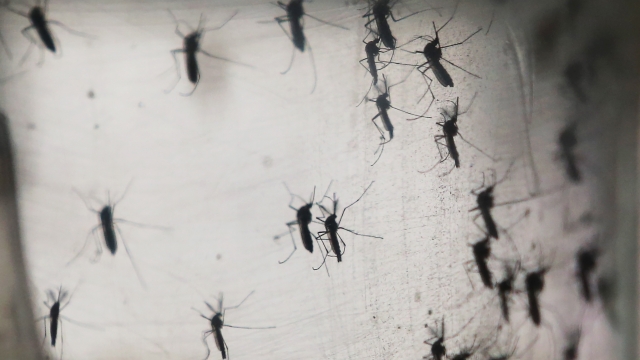 SMS
It Looks Like Zika Numbers Have Tripled In The US In One Week
By Ben Lawson
By Ben Lawson
May 20, 2016
The Centers for Disease Control and Prevention now says pregnancies can be affected even if women don't show symptoms.
SHOW TRANSCRIPT

More than 150 pregnant women in the U.S. could be infected with the Zika virus.

And another 122 pregnant women in U.S. territories also are thought to have the disease. That's according to a report from the Centers for Disease Control and Prevention.

The CDC says most cases appear to be linked with travel and that the infections likely began outside the U.S.

Friday's numbers are a big jump from last week when the CDC said 48 women in the U.S. were believed to have the virus. But that's likely because before today, the CDC only included women in reports who were showing symptoms.

Now it includes women who are infected but don't have symptoms. The center made the change because recent research suggests pregnancies can be affected even in women who don't show any signs.

But the report doesn't include the outcomes of any of the pregnancies it's been monitoring. The Zika virus has been tied to birth defects like microcephaly, which causes babies to be born with smaller-than-normal heads.

This video includes clips from the Centers for Disease Control and Prevention and MSNBC and images from Getty Images.