Will President Trump Have A Mandate? It Doesn't Really Matter 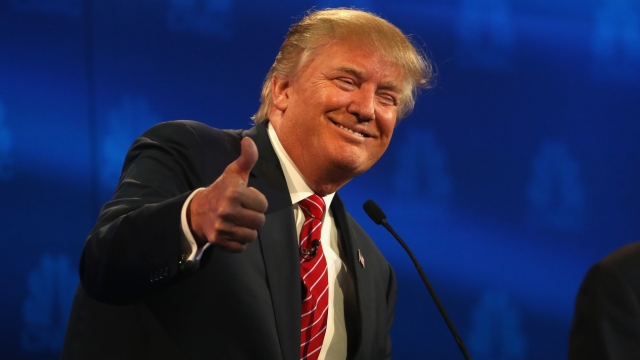 There's one word that's been thrown around a bunch since Election Day: mandate.

But what is a mandate, and does our new president-elect have one? Well, it's a little complicated.

Mandates are something presidents have claimed since at least as far back as Andrew Jackson. It's essentially symbolic permission from voters to carry out an agenda. And usually, it's after winning by a landslide in an election.

And there is no landslide here. To be very obvious, Donald Trump won the only way you can in America: taking the Electoral College. And the GOP won up and down the board. From the presidency to Congress to the states, the right dominated.

But at this point, Trump is losing the popular vote by 2.6 million votes. That's what complicates the whole question of a mandate. By a strong margin, more voters chose Hillary Clinton over Trump, despite the Electoral College.

Add the fact that Trump is the most unpopular winning presidential candidate in the history of polling, and the idea of a mandate falls apart a bit. It's much more believable to claim the "people have spoken" if you win 57 percent of the vote like FDR did in 1932.

And here's a little secret: Mandates don't actually matter. They don't increase or decrease presidential power. They're mostly just a rhetorical device — a powerful one — that administrations use to justify actions.

And claiming a mandate can help set the climate for governing, whether there's going to be any reaching across the aisle. But with a Republican Congress, Trump won't need one.