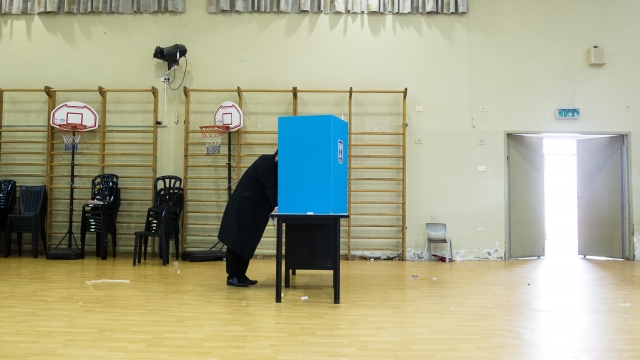 It was a tight race between the controversial right-wing prime minister and his closest opponent, centrist former general Benny Gantz.

His closest opponent's party — the Blue and White party — conceded defeat Wednesday, clearing the path for Netanyahu to set up a coalition government.

Both candidates previously claimed victory in Tuesday's election. But, at the time, it was too close to call.

On Wednesday morning, leaders from five right-wing parties pledged their support for Netanyahu, which gives him as many as 65 seats in Israel's 120-member Parliament.

President Donald Trump called Netanyahu from Air Force One to congratulate him on his victory.

Netanyahu is now Israel's longest-serving prime minister. The country's first Prime Minister David Ben-Gurion served in the position for 13 years. Netanyahu was first elected to the seat in 1996 and then again in 2009.