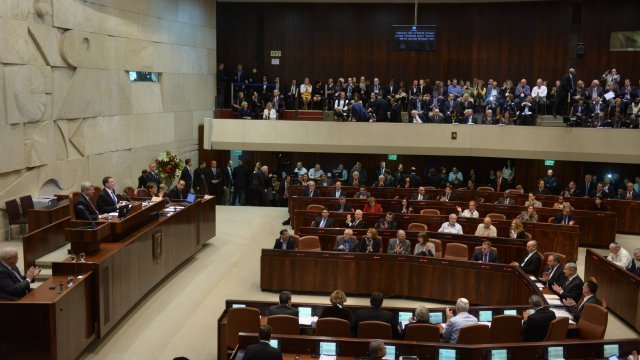 By Katie Cammarata
December 27, 2018
Israel's ruling coalition parties made the announcement after they failed to get enough votes to pass a controversial piece of legislation.
SHOW TRANSCRIPT

Israel's parliament has voted to dissolve and set early elections for April 9 — seven months before they're required to take place.

Ruling coalition parties announced that they would vote to dissolve parliament on Monday "out of budgetary and national responsibility." Their announcement came after they failed to get enough votes to pass a controversial piece of legislation that would have extended Israel's military draft to ultra-Orthodox men.

All Jewish Israelis have to serve in the military, and typically, ultra-Orthodox men are exempt. But a drop in manpower had the government considering changes to the law.

Prime Minister Benjamin Netanyahu's ultra-Orthodox partners called for the legislation to be weakened, but he only has a single-seat majority in parliament, making such a compromise difficult.