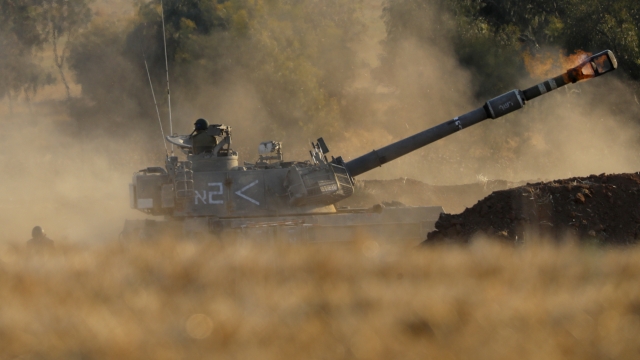 An update on reports that Israeli military troops are on the ground in the Gaza Strip: According to The New York Times and Al-Jazeera, that was not the case as of Thursday evening.

An Israeli military spokesman and reporters on the ground told those outlets that troops have gathered at the border.

This comes after four days of escalating violence with Hamas. This week has seen the most intense fighting in the area in several years.

Israeli and Palestinian deaths are mounting as Egyptian mediators try to broker a cease-fire. But there isn't any sign yet that either side will back down.