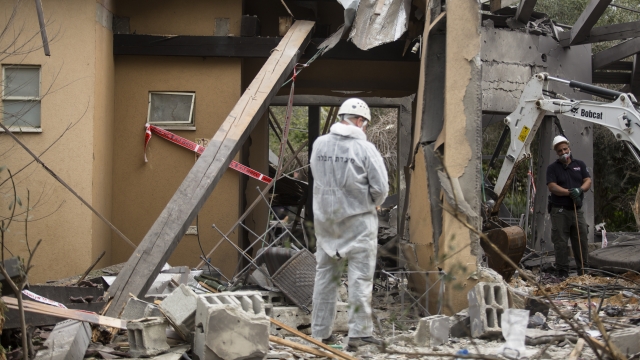 At least seven people were injured when a rocket destroyed a home in Israel early Monday.

Israel Defense Forces says the homemade rocket was fired from Gaza into Israel. It destroyed the home of a British-Israeli family, according to the BBC. Among the injured were an infant and two children.

Israel Defense Forces is placing the blame on Hamas, which has not yet commented on the attack.

Israeli's minister of education accused Hamas of creating a "terror state in Gaza."

"It's time for them to feel the full thrust of Israel's force and they will pay the price for what they did," he said.

Israeli Prime Minister Benjamin Netanyahu called it, "an atrocious attack against the State of Israel." Netanyahu is currently in the U.S. to meet with President Donald Trump. He's cutting that trip short and is expected to return to Israel after his meeting with the president Monday.