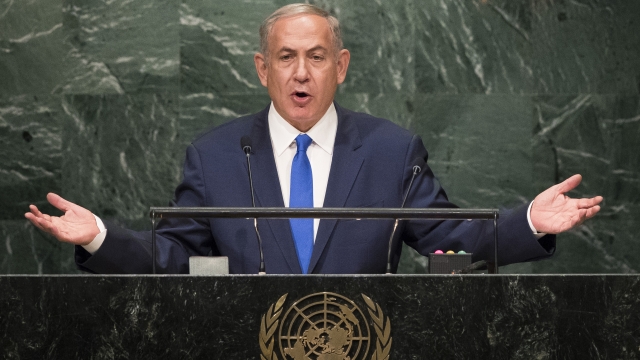 By Jake Jones
December 26, 2016
Israel has reduced diplomatic ties with 12 countries that voted to condemn its settlements in Palestine.
SHOW TRANSCRIPT

Israeli Prime Minister Benjamin Netanyahu has ordered Israel's diplomatic relations with 12 countries on the U.N. Security Council to be reduced.

The small nation weakened its working ties with Britain, France, Russia, China, Japan, Ukraine, Angola, Egypt, Uruguay, Spain, Senegal and New Zealand after the countries voted for the resolution against Israel's expansion. Venezuela and Malaysia also supported the resolution but had no working diplomatic ties with Israel.

The brunt of Netanyahu's fury landed in President Obama's lap, since the U.S. has veto power and historically has used it to protect Israel from these type of votes.

The U.S. ambassador to Israel was summoned to meet with Netanyahu, but Israeli ties to the U.S. remain intact for now.

The order to cut diplomatic ties has little real-world impact since it doesn't affect trade or military cooperation. Instead, it acts as a political statement.

Netanyahu said he blamed the Obama administration for orchestrating the vote. And he said he looks forward to working with President-elect Donald Trump, who criticized the vote.