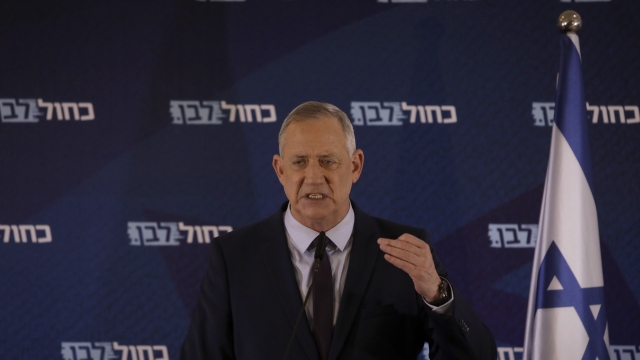 Israeli Prime Minister Benjamin Netanyahu, who is under indictment, won the most seats in March 3 election but lacks a majority to govern.

After three national elections in less than a year, Israel still doesn't know who will lead its government.

The Likud Party of indicted Prime Minister Benjamin Netanyahu won the most seats in Israel's March 3 elections. But Netanyahu has failed to cobble together a majority in Israel's parliament to form a coalition government to keep him in power.

Leading rival Benny Gantz, once Netanyahu's top general, is now attempting to strike deals with opposition parties to become the next prime minister.

Gantz, of Israel's Blue and White Party, recently met with one of Netanyahu's most fierce critics. Avigdor Lieberman heads the secular and nationalist Yisrael Benitenu Party. He is backing legislation to ban indicted politicians from forming a government.

Gantz's attempt to form a government also focuses on efforts to unite with political parties representing Israel's Arab community. Gantz has pledged to work with Lieberman on a governing coalition but Lieberman opposes including Arab parties.

Netanyahu says Gantz's outreach to Arab groups is dangerous to Israel. And his Likud Party is now preparing for a potential fourth round of national elections.