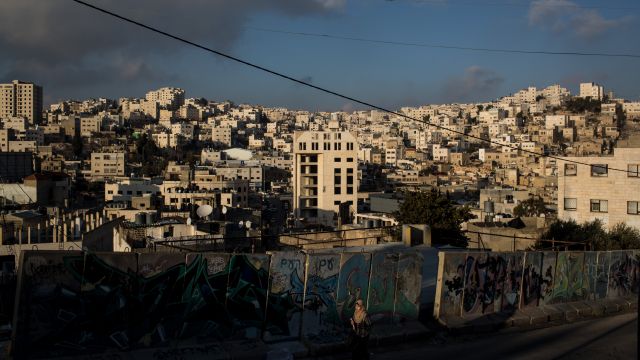 In the Israeli-Palestinian conflict, what is the two-state solution? And what is the official position of the U.S. on that? Lately, that hasn't been so clear.

"I'm looking at two-state and one-state, and I like the one that both parties like," President Donald Trump said at a joint press conference with Israeli Prime Minister Benjamin Netanyahu.

The two-state solution is just like it sounds: Israel and Palestine existing as two separate nation states.

Put simply, this would require Israel to pull out of the West Bank, which it currently occupies. The Palestinian and Israeli governments would accept each other's sovereignty, territorial integrity and political independence.

At least, that's what the United Nations Security Council called for in 1967. And again in 1973. And then in 1993 at the start of the Oslo Accords.

But, like most issues in the Middle East these days, things got complicated. Despite international condemnation, Israel has continued pushing for Jewish settlements in the West Bank. Rocket attacks against Israeli territory continue. Far-right Jewish settlers continue to harass Palestinians. Terror attacks in Israel's cities continue. The Gaza Strip is still under a punishing blockade. Factions on both sides won't recognize the other's right to exist.

All of this has delayed a peace process that was supposed to be negotiated five years after the Oslo Accords were signed. That happened 24 years ago. 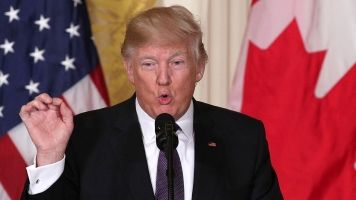 The one-state track isn't as popular a solution globally or for previous U.S. administrations.

"Here is a fundamental reality: If the choice is one state, Israel can either be Jewish or democratic — it cannot be both — and it won't ever really be at peace," then-U.S. Secretary of State John Kerry said.

That's an important point. Israel can still claim to be a Jewish state with a two-state solution. But in a one-state solution, the reality of absorbing millions of Palestinians, most of whom are Muslim, would create questions about what kind of country Israel is.

Palestinians, on the other hand, would lose their chance at a Palestinian state. And depending on how Israel absorbed them into the country, they would either become full Israeli citizens on track to outnumbering Jewish Israelis, become stateless or become second-class citizens in the only land they've ever known.