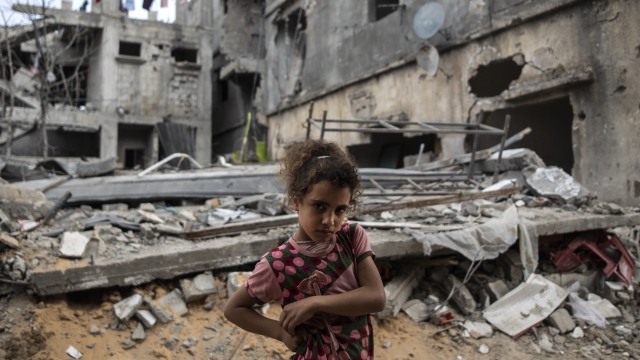 People celebrated on the streets of Gaza after Israel and Hamas agreed to a cease-fire ending an 11-day conflict.

Egypt helped broker the deal between the two sides and both Israel and Hamas are claiming victory.

During celebrations last night, a Hamas leader claimed Israel failed to destroy its military infrastructure. But Israel says airstrikes like this one inflicted heavy damage against the militant group and took out a portion of its tunnel network.

But there were also civilian casualties. Gaza health officials say more than 230 people died. Israel says most of those killed were militants.

Some of those people who were displaced are now packing up, ready to return home from shelters.

The fighting erupted earlier this month when Hamas started firing rockets toward Israel from Gaza. Those initial rocket attacks came after days of clashes between Palestinian protesters and Israeli police at a holy site in Jerusalem. And after Israel threatened to evict several Palestinian families living in a neighborhood in east Jerusalem. Israel eventually agreed to stop those evictions.

Israel says Hamas and other militant groups fired more than 4,000 rockets toward it over the last 11 days but says its Iron Dome defense system intercepted most of those missiles preventing a greater number of deaths.