Israel And Gaza Militants Agree To Tentative Cease-Fire After Violence 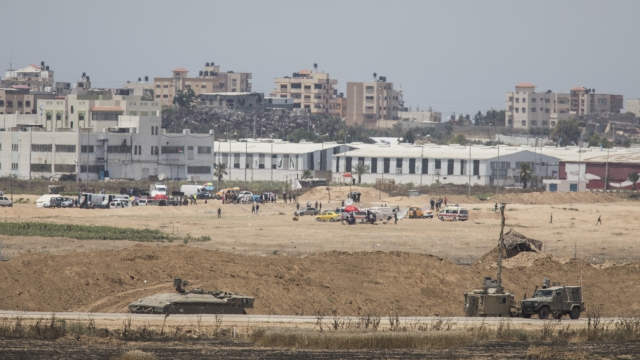 A tentative cease-fire between Israel and Gaza militants appears to be in place after a weekend of violence. The truce was reportedly mediated by the UN and Egypt.

One government official said Israel is "committed to restoring the residents' quiet and security."

That echoes a sentiment from Prime Minister Benjamin Netanyahu, who said in a tweet that "the goal has been — and remains — ensuring quiet and security for the residents of the south."

The UN's secretary general condemned "in the strongest terms the launching of rockets from Gaza into Israel, particularly the targeting of civilian population centers."

News outlets report the weekend violence was the worst since 2014.