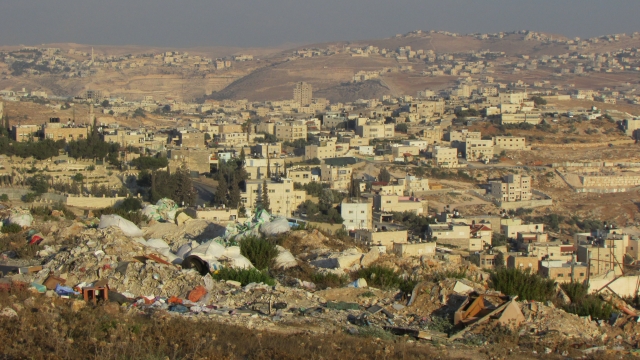 Palestinians say the demolition is "a serious escalation" against the Palestinian people.

Israel has started tearing down part of a Palestinian settlement in the West Bank.

Israel says the village was built illegally near a security barrier in a Palestinian area near the Israeli-annexed East Jerusalem. Under the 1993 Oslo Accords, most of the neighborhood is supposed to be under Palestinian Authority control.

Israel's minister of public security defended the decision, saying the buildings were uninhabited and illegal. The country's High Court of Justice ruled that the "illegal construction constitutes a severe security threat and provide[s] cover to suicide bombers and other terrorists hiding among civilian population and endanger[s] the lives of civilians and security forces alike." Public Security Minister Gilad Erdan said: "When illegal construction presents a security threat, Israel has the authority, including according to the Oslo Accords, to enforce the law against it."

Israel previously offered to help residents move. Critics say the country wants the land for itself. Palestinians filed a war crimes claim against Israel with the International Criminal Court last year over the then-planned destruction.

Palestinians say the demolition is "a serious escalation" against the Palestinian people and have called for international intervention. The U.N. had previously urged Israel to stop it.