Israel And Gaza Militants Agree To Cease-Fire After Violence 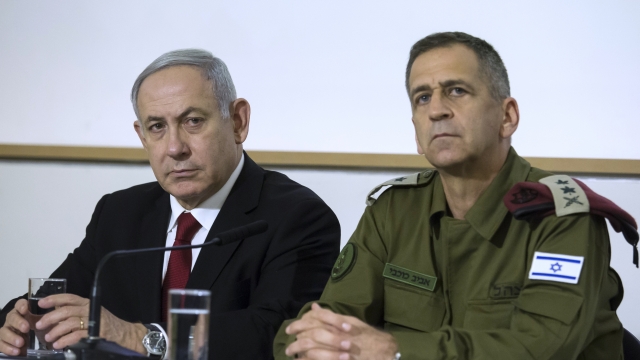 A cease-fire between Israel and Gaza militants went into effect Thursday after two days of intense fighting. The truce was mediated by Egypt.

The fighting started on Tuesday when an Israeli air raid in Gaza City killed an Islamic Jihad commander and his wife, along with other members of the group's military wing. Islamic Jihad responded with a barrage of rockets, which were mostly intercepted by Israel's defense system. Israel, in turn, responded with more airstrikes.

The cross-border violence resulted in the deaths of at least 34 Palestinians. More than 60 people in Israel were also injured.

Hamas, the group that governs the Gaza Strip, condemned the airstrikes as a "continuation of the Israeli aggression and terrorism against the Palestinian people and resistance."

An unnamed Egyptian official laid out the terms of the ceasefire for Israel Radio. Along with each side laying down its weapons, Islamic Jihad agreed to peacefully maintain weekly March of Return protests along the Gaza border fence. Meanwhile, Israel agreed to stop shooting at those protesters.

The Palestinian health ministry says Israeli forces have killed at least 313 protesters and wounded more than 19,000 others since those demonstrations began in March 2018.

A series of rockets were launched into Israel after the ceasefire took effect Thursday morning. There were no immediate reports of injuries.