Egypt's Christians Are Still A Prime Target For ISIS 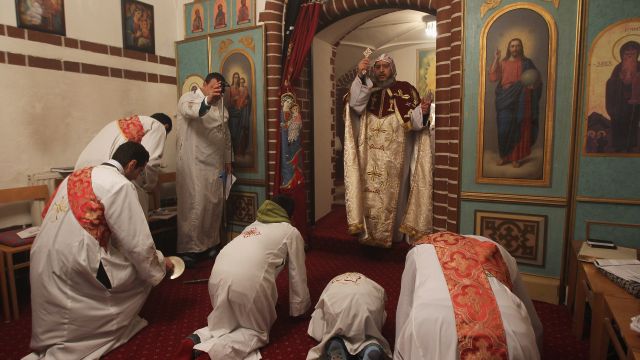 The Islamic State claimed responsibility for two suicide bombings in early April that killed at least 44 people. It was among the deadliest day for Egypt's Christians in decades.

The attacks happened at two Coptic Christian churches, one in Tanta and one in Alexandria, and were packed with people celebrating Palm Sunday. The Coptic pope was leading the service in Alexandria but was reportedly unharmed. Egyptian President Abdel-Fattah el-Sissi declared a three-month state of emergency.

The Islamic State has made it its mission to exterminate religious minorities in the Middle East, and Christians, in particular, have been targets.

In 2016, the European Parliament and the United States both recognized ISIS' actions against minority religions as genocide.

But in Egypt, ISIS' targeting of Christians isn't just religious. It's also political.

Egypt is home to the Middle East's largest Christian community: Orthodox Coptic Christians make up about 10 percent of Egypt's population.

"Coptic" roughly translates to "Egyptian," and the Christian sect traces its ancestry back to the founding of the church of Alexandria by St. Mark, making the group one of the oldest Christian denominations.

Coptic Christians have their own clergy and pope, separate from other Orthodox churches.

ISIS has been waging a war in Egypt's Sinai Peninsula since 2013, and a terrorist group known as Ansar Bayt al-Maqdis pledged allegiance to ISIS in 2014. ISIS has encountered strong resistance in Egypt outside of Sinai and appears to be pushing a message against the country's Christian minority.

According to The Atlantic, ISIS has been pushing the notion online that Christians should be killed indiscriminately for their beliefs, which includes their supposed support for the Egyptian government.

And The New York Times reports, Coptic Christians have historically been supporters of President al-Sissi and the Egyptian government after the military ousting of former President Mohamed Morsi in 2013, who was part of the Muslim Brotherhood.

Part of ISIS' goal in the country is to undermine the government's control by striking populated areas.

This has led to several major terrorist attacks against Christians in the past few years. In December 2016, at least 27 people were killed when an ISIS bombing hit the capital city of Cairo. 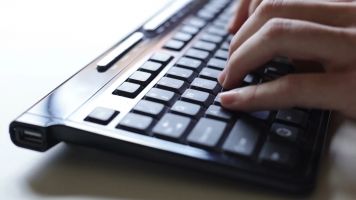 France Struck Down A Ban On Consulting 'Terrorist Websites'

And in 2015, ISIS released a video that appeared to show the beheading of 21 Egyptian Coptic Christians in Libya.

Pope Francis mentioned the bombings in his Palm Sunday mass, calling the Coptic pontiff his "brother." Francis is due to meet with the Coptic Pope in a visit to Egypt at the end of this month, and security for that meeting is expected to be a top priority.