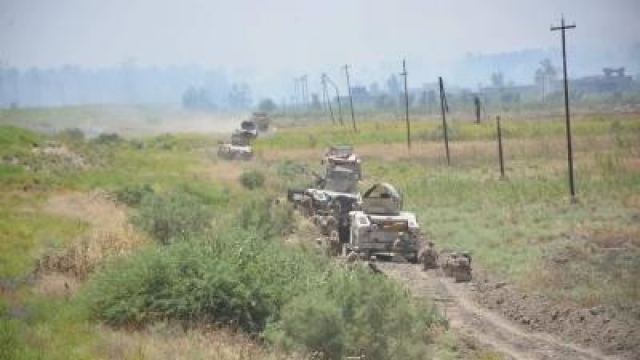 Iraqi forces say ISIS is losing its grip in Fallujah, a city the terror group has controlled since 2014.

Fallujah, Iraq, has almost been freed from ISIS.

At least, that's what U.S.-backed Iraqi forces are saying after they entered the city Friday.

But U.S. officials have been reiterating the fight isn't over just yet.

ISIS took Fallujah in 2014 — the first Iraqi city to fall to the group.

Since then, Iraqi forces and U.S. airstrikes have been trying to take it back, intensifying operations at the end of May and the beginning of June.

But those airstrikes have been dangerous for the civilians ISIS held in the city, though some  escaped and got aid.

The military said earlier this week more than 500 fighters believed to be with ISIS were arrested trying to sneak out of Fallujah with evacuating residents.

ISIS fighters escaping would be a significant change in tactics from what we saw only weeks ago when the U.N. announced the militants appeared to be using several hundred families as "human shields" in the center of Fallujah.

Iraqi forces are now looking at Mosul — the last major Iraqi city, other than Fallujah, that ISIS controls.

This video includes clips from Iraqi Ministry of Defense, United Nations and ISIS.