Is 'Die Hard' A Christmas Movie? We Fought About It For Hours 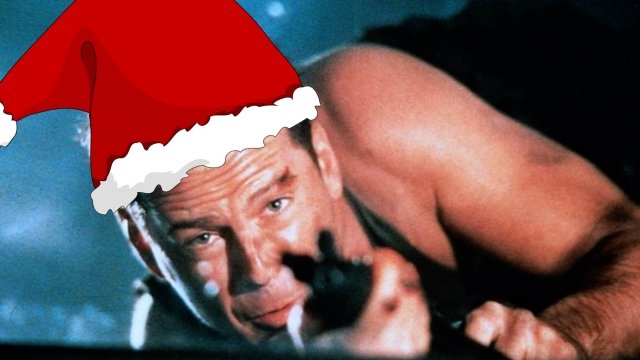 SMS
Is 'Die Hard' A Christmas Movie? We Fought About It For Hours

By Casey Mendoza
December 19, 2018
Three decades after "Die Hard" first came out, people are still arguing over whether it's a Christmas movie.
SHOW TRANSCRIPT

So, two days before this video was published, I watched "Die Hard" for the first time. And it was mostly so I could understand this debate about whether or not the film is a Christmas movie.

"If the plot of your movie can only happen because of Christmas."

"I'm pretty sure there's a sweater that says 'Ho Ho Ho I have a machine gun now.'"

"It's a Christmas movie."

"I've probably seen this movie more than a dozen times."

"It's a bit different in a way,

"It takes place during Christmas!"

"And I think that's what makes it special."

"And I only watched it during Christmas with my dad."

Here at Newsy, we seem to be leaning toward the "'Die Hard' is a Christmas movie" camp, but we do have our dissenters.

"I'm gonna give a diplomatic answer."

"'Die Hard' is a Christmas tradition for some lame people."

"Nothing about the Christmas spirit is in there."

"When I think Christmas movie, I think 'How The Grinch Stole Christmas,' I think 'A Christmas Story.'" 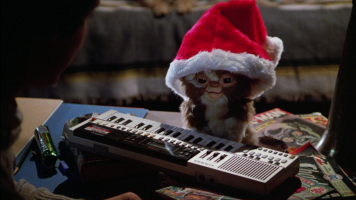 For the most part, this was just a fun debate. But it brings up an interesting question: what makes a movie a Christmas movie?

Proponents of "Die Hard" as a Christmas movie argue the film takes place entirely during Christmas Eve and Christmas Day, and that the driving conflict of the film is a holiday party hostage crisis.

References to Christmas are made throughout ["Twas the night before Christmas and all through the house..."]; Christmas-y songs are thrown in every now and then ["Got any Christmas music?" "This is Christmas music!"]; and the holiday themes of family, love and friendship do make their way into the story.

People who at least jokingly argue this include Steven de Souza, one of the film's screenwriters. Because of all the Christmas decorations on set, de Souza said one of the producers predicted it would play every year during the holiday.

That prediction wasn't very far off.

On the other hand, critics of that argument say "Die Hard" is first-and-foremost an action film. The fact that it takes place during Christmas is superficial — as in, the events could have easily taken place during any other holiday.

Adding to this debate, a Christian film critic told NBC: "I prefer, as a person of faith, to have Christmas movies that tell the real meaning for Christmas at least in part or allude to it."

People who don't think "Die Hard" is a Christmas movie include ... well, most of America, according to a 2018 survey from Morning Consult and The Hollywood Reporter.

Included in this camp is John McClane himself: actor Bruce Willis.

He argues that "Die Hard" isn't a Christmas movie, because it's a Bruce Willis film. ["Got invited to the Christmas party by mistake. Who knew?"]

It's all subjective. I mean, if we tried hard enough, we could also argue "Die Hard" is a buddy comedy, family drama, love story or even a subtle commercial for Twinkies. ["Just everything a growing boy needs."]

At the end of the day, there's one major winner in this debate: 20th Century Fox. More than three decades after the film debuted, we're still talking about it. The franchise has made more than $500 million in U.S. box office sales, and another film is in the works.

["It this is your idea of Christmas, I gotta be here for New Year's."]