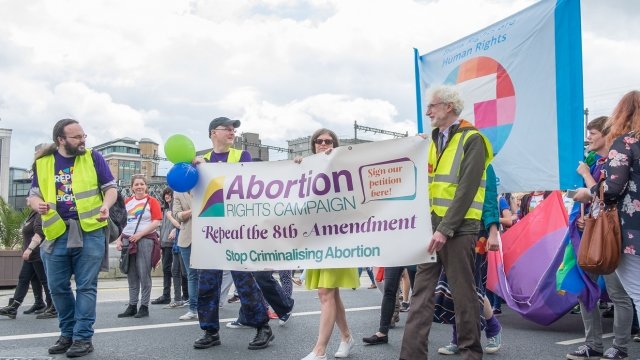 SMS
Irish Abortion Referendum Could Further Liberalize The Country's Laws
By Matt Picht
By Matt Picht
March 28, 2018
Ireland's strict abortion laws are up for a vote on May 25.
SHOW TRANSCRIPT

Ireland's constitutional ban on abortions might soon have an expiration date.

Ireland has the strictest abortion laws in Europe, thanks largely to a constitutional amendment that effectively outlaws almost all abortions. Voters will choose whether to repeal that amendment on May 25.

It's the latest in a string of referendums that could liberalize the traditionally conservative country's laws. Most recently, Ireland legalized same-sex marriages in a 2015 referendum.

Ireland's leader Leo Varadkar is supporting the repeal movement. He told The New York Times the country was changing its stance on social issues, in part because "people were no longer willing to accept without question the teachings of the church." 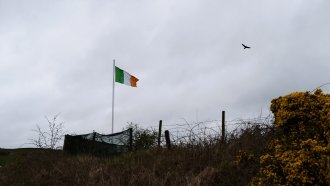 Ireland's Border With The UK Is Still Causing Brexit Headaches

Ireland is still an overwhelmingly Catholic nation, but a string of abuse scandals have eroded the power and authority of the church in the country. From 1991 to 2016, the number of Irish people identifying as Roman Catholic fell about 13 percent to 78 percent of the population.

The repeal campaign has been leading in polls ahead of the vote, but a recent uptick of support for the "no" campaign could make Ireland's referendum a close race in May.