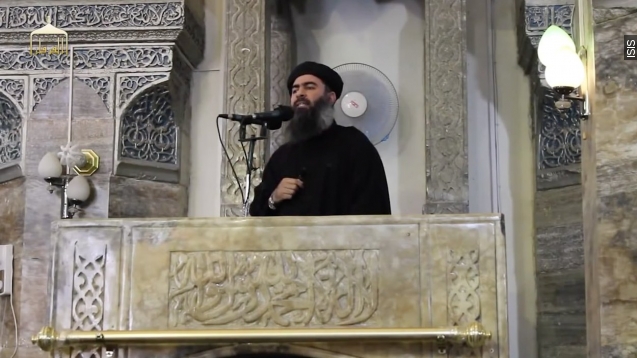 The Iraqi military says Baghdadi was seen being "carried away" in a vehicle after the strike. (Video via Arutz Sheva)

According to the statement, an ISIS meeting was also targeted, and several leaders of the militant group were killed or wounded.

But reports of Baghdadi's assassination have been wrong in the past. Last November, Iraqi military sources claimed U.S.-led airstrikes hit the ISIS leader. (Video via U.S. Central Command)

But shortly after, ISIS released an audio recording that seemed to feature Baghdadi mocking his enemies. (Video via BBC)

Even if the leader's death is confirmed, there are mixed opinions about how it would affect ISIS. Many deem Baghdadi enemy No. 1, yet others argue ISIS is organized enough to make a smooth transition of power if the group found itself leaderless.