ISIS Appears To Be Losing The Battle For Mosul 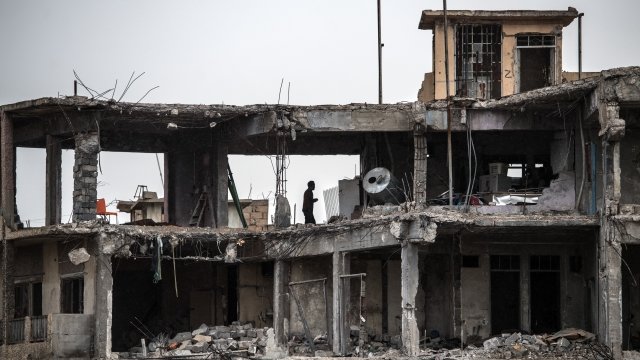 SMS
ISIS Appears To Be Losing The Battle For Mosul
By Mitchel Summers
By Mitchel Summers
July 2, 2017
Iraqi forces say they have surrounded ISIS fighters in Mosul and that the city could soon be liberated from ISIS control.
SHOW TRANSCRIPT

On Saturday, Iraqi military and federal police forces said they had recaptured the final bridge over the Tigris River and surrounded ISIS fighters. 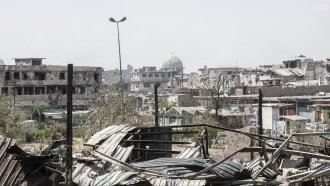 This comes after a series of symbolic victories against ISIS. On Thursday, the Iraqi military retook the al-Nuri Mosque, where Abu Bakr al-Baghdadi declared himself to be ISIS' leader in 2014.

This means the terror group could soon be forced out of Mosul, a city it has controlled for nearly three years.

But it's still not clear how soon fighting will end. Iraqi military forces have been trying to liberate Mosul for over eight months.