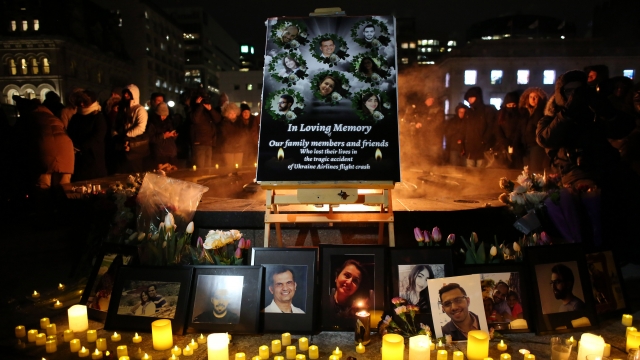 Iranian protesters took to the streets of Tehran Saturday, demanding the country's supreme leader step down.

The protest was in response to the Iranian government's admission that it mistakenly struck a Ukrainian commercial airliner, killing 176 passengers.

Iran initially denied it was responsible for downing the plane, but walked back the denial Saturday. Protesters say it was a cover-up.

Iran's foreign minister said preliminary conclusions of an internal investigation show the plane was shot down due to "human error at [a] time of crisis caused by US adventurism." An official said on state TV the military was on "high alert" and that the plane was mistaken for a "hostile missile."

The protesters urged the government to prosecute those responsible for the accidental strike. Iranian President Hassan Rouhani said in a tweet on Friday that investigations "continue to identify & prosecute this great tragedy & unforgivable mistake."

Ukrainian President Volodymyr Zelenskyy said Saturday that Iran formally apologized over the phone "to all of Ukraine and relatives of the dead."