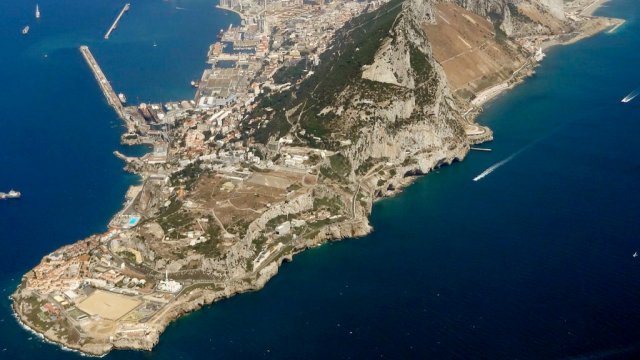 An Iranian oil tanker that was seized by authorities in Gibraltar more than a month ago has officially left the British territory.

That's according to multiple media reports, shipping data and a maritime tracking site. That information said the Adrian Darya 1 — formerly known as the Grace 1 — set sail for Greece Sunday evening.

The tanker had been granted release from Gibraltar last week. But the U.S. Justice Department issued a warrant late Friday to seize the vessel, based on allegations that the Islamic Revolutionary Guard Corps "scheme[d] to unlawfully access the U.S. financial system to support illicit shipments" from Iran to Syria.

Gibraltar said it wasn't able to comply with the request because it's bound by EU law.

British Royal Marines, police and customs agents seized the tanker last month on suspicion it was carrying Iranian crude oil to Syria, which is a violation of EU sanctions against the Syrian government.