IranAir's Deal With Boeing May Get A Price Slash 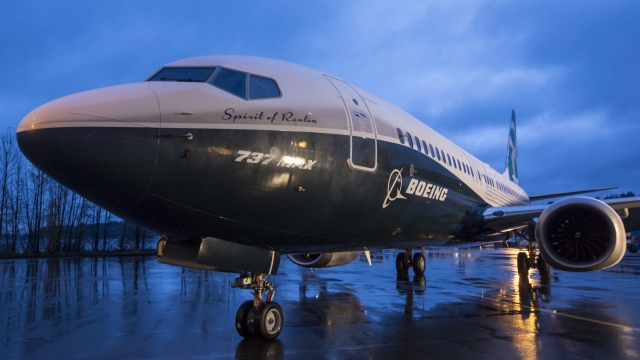 SMS
IranAir's Deal With Boeing May Get A Price Slash
By Jake Jones
By Jake Jones
December 25, 2016
A senior Iranian official said he expects to pay half-price on a deal with Boeing for 80 airplanes.
SHOW TRANSCRIPT

One Iranian transportation official says he wants the price of 80 new planes the country ordered from Boeing to be cut in half.

When the deal was first announced earlier this month, Boeing said the planes were worth a little more than $16 billion.

Now, Iran's deputy transport minister has told Iran's state-owned media, after "considering the nature" of IranAir's order and "its choice possibilities," the Boeing planes are worth about 50 percent of the original agreement.

The deal is the first of its kind between a U.S. company and Iran since the country's revolution in 1979.

An international deal to lift economic sanctions on Iran if the country scaled back its nuclear program came at a pretty key time for the nation's commercial fleet. The fleet's current planes are older than the existing government.

But Boeing has seen better days, too. Around the same time the company was negotiating with Iran, it announced a production cut to its 777 long-haul jet due to lack of demand.

These deals are controversial. If Iran breaks any of the terms in the nuclear agreement, the deals could be called off and both Airbus and Boeing would have to repossess any planes already delivered.

Both companies have defended their deals with Iran as a boost to the economies back home.