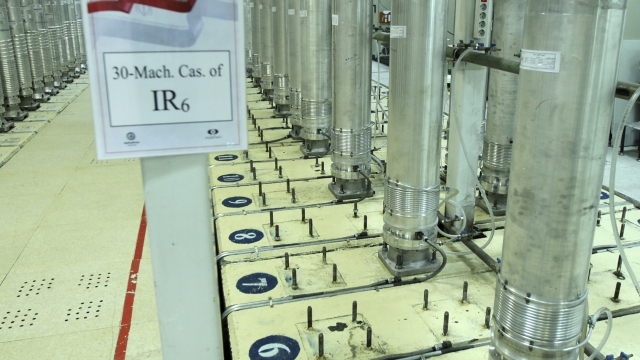 SMS
Iran To Enrich Uranium To 60% Following Attack On Nuclear Facility
By Kamil Zawadzki
By Kamil Zawadzki
April 13, 2021
An Iranian negotiator made the announcement following an attack on its Natanz nuclear facility that's suspected to have been carried out by Israel.
SHOW TRANSCRIPT

An Iranian negotiator says the country will enrich uranium to 60% purity tomorrow.

That's the highest level of uranium enrichment in the country's history and up from the current level of 20%.

The decision comes after an attack on one of Iran's nuclear facilities.

That attack cast a shadow over indirect talks between the U.S. and Iran over a nuclear deal.