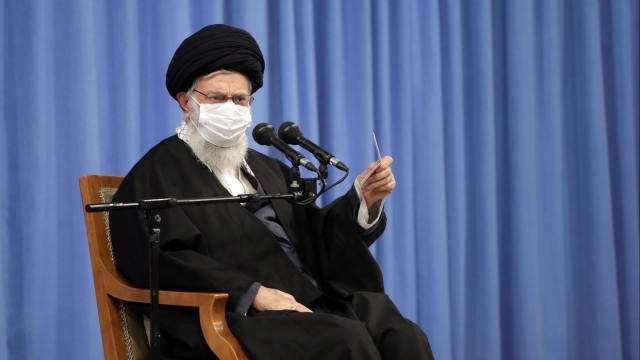 Iran is telling the Biden administration economic sanctions must be removed before it will consider reviving the nuclear deal.

The Joint Comprehensive Plan of Action, also known as the nuclear deal, was instituted in 2015.

It put restrictions on the amount of enriched uranium Iran could have in exchange for the removal of economic sanctions.

Former President Trump backed out of the deal in 2018 — which led Iran to break its end of the bargain regarding atomic commitments.

President Biden wants to revive the deal, but said Iran needs to back track its uranium experiments.

"They can't set preconditions for the JCPOA (Joint Comprehensive Plan of Action), as they didn't carry out their commitments at all."