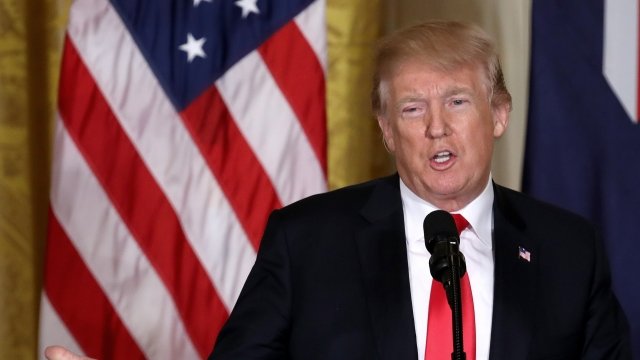 Iran's foreign minister warned the country could "resume at much greater speed our nuclear activities" if the U.S. drops out of the Iran nuclear deal.

The country's foreign minister also said, "Iran has many options and those options are not pleasant."

This comes as the May 12 deadline approaches for President Donald Trump to make a decision on whether to reimpose economic sanctions on Iran.

Trump says the current restrictions aren't tough enough on Iran's ballistic missiles development and expansionist activities in the region. Those issues weren't part of the original agreement, and all six other countries have rejected the changes. But Trump says he'll pull out of the deal if it isn't "fixed."

This comes ahead of a meeting between Trump and French President Emmanuel Macron on Tuesday. They're expected to discuss the Iran deal.

Macron told Fox News he'll urge Trump to stay in the agreement since there's not currently a better option.