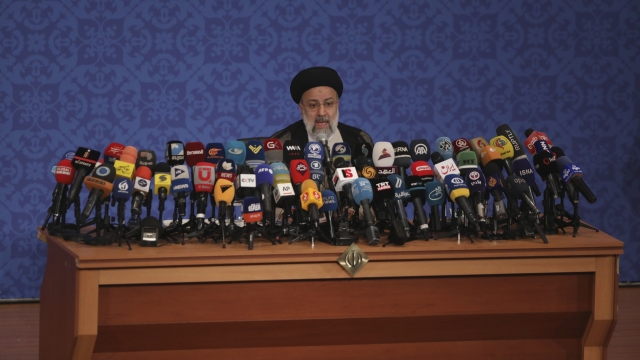 Iran's president-elect is calling on the U.S. to rejoin the the Iran nuclear deal and end sanctions after coming out victorious in this weekend's elections.

But Ebrahim Raisi also says he's not willing to meet with President Biden, who wants to salvage the agreement if Iran complies with it.

And Raisi says Iran's missile program is "not up for negotiations."

"My serious proposal to the United States government is that, is for them to return in an expedient manner to their commitments and do away with sanctions, in doing so they would prove their sincerity," he said, speaking through a translator.