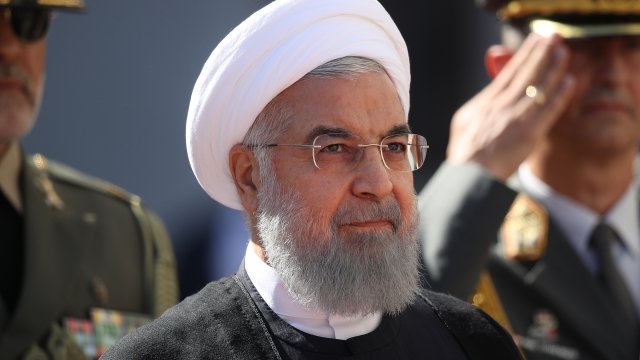 SMS
Iran Reportedly Executing Naval Drills In Strait of Hormuz
By Jake Jones
By Jake Jones
August 3, 2018
The strait is a key route for oil shipping; 20 percent of all global oil moves through it.
SHOW TRANSCRIPT

Iranian naval drills are currently underway, according to U.S. officials, in what may be a sign of force directed at the U.S.

CNN and Reuters first reported the drills, citing unnamed U.S. military officials. The drills are happening in the Strait of Hormuz, which lies to the south of Iran and connects the Persian Gulf to the Arabian Sea. The waterway is a key route for oil shipping; 20 percent of all global oil moves through it.

Iran doesn't seem to want to draw attention to the drills, though. No Iranian official commented yet on the exercise, which includes more than 100 boats.

The U.S. currently has one guided-missile destroyer in the Persian Gulf. Several other warships and aircraft are also in the region.