Iran Re-elects The Man Who Helped Implement The Nuclear Deal 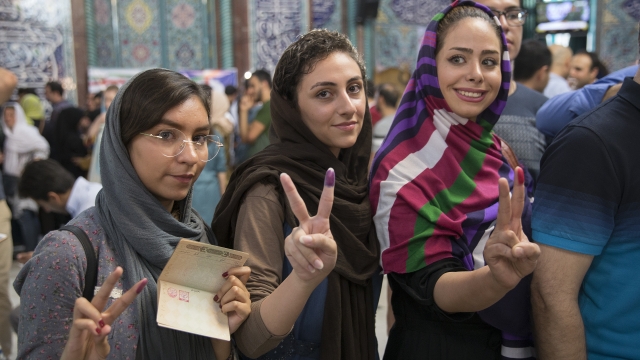 Iran has re-elected its president, Hassan Rouhani, in the country's first election since its nuclear agreement with the U.S.

Rouhani beat his main challenger, Ebrahim Raisi, by nearly 19 percentage points in an election that saw high turnout at the polls. A reported 70 percent of eligible voters cast their ballots.

Rouhani is seen as relatively moderate in Iran, while Raisi was considered to be a more hard-line conservative candidate.

Raisi served as a judge before running for president. He campaigned on a platform of removing corruption from Iran and is seen as an anti-Western isolationist who doesn't want Iran seeking help from outside countries. 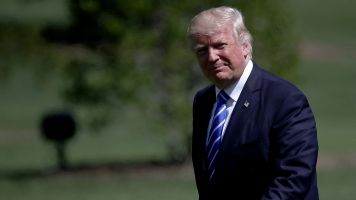 Rouhani helped implement the Iran nuclear deal, which removed sanctions as long as the country proved it would stop trying to make or buy nuclear weapons.

Many saw the election as a referendum on whether Iranians supported the nuclear deal or wanted to return to a more isolationist agenda.

Experts say Raisi's win could have upset a lot of voters in the country who may believe his supporters within the government interfered with the election tally.

This will be Rouhani's second four-year term. Iran's Supreme Leader Ayatollah Ali Khamenei still has the authority to overrule the president on foreign and domestic decisions.