Iran Files Complaint Over Restoration Of US Sanctions 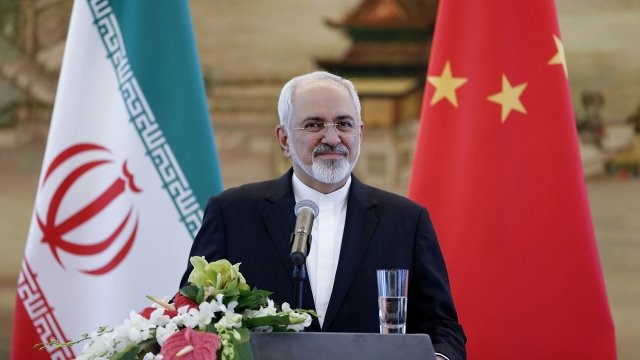 SMS
Iran Files Complaint Over Restoration Of US Sanctions
By Katherine Biek
By Katherine Biek
July 17, 2018
Iran's foreign minister said the complaint was filed with the International Court of Justice Monday.
SHOW TRANSCRIPT

Iran's foreign minister says the country filed a complaint with the International Court of Justice Monday over the re-imposition of U.S. sanctions.

On Twitter, Mohammad Javad Zarif called the restoration of sanctions "unlawful" and said, "Iran is committed to the rule of law in the face of U.S. contempt for diplomacy and legal obligations."

President Donald Trump announced earlier this year that he was pulling the U.S. out of the Iran nuclear deal.

Trump's decision allows U.S. sanctions against Iran to, over time, snap back into place. The first set will be restored in August.